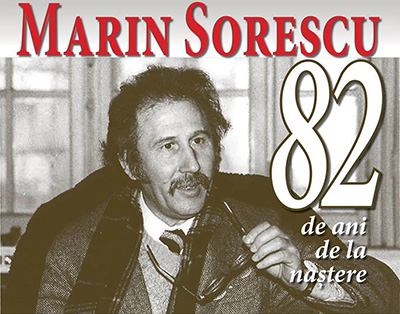 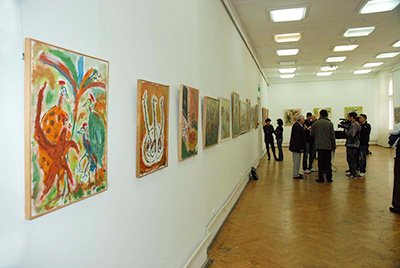 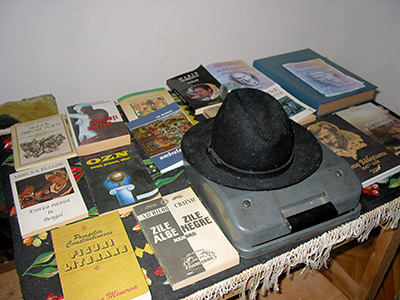 I'm writing to you with the feeling - still of grief caused by a painful absence, the same feeling I had a year ago when my husband, the writer Marin Sorescu left us all forever, but nevertheless, also with the feeling of his thoughts and spiritual presence beside me.

When he died, he left an amazing number of unpublished manuscripts: poetry, prose, essay and journal. In the last period of his life, totally aware of every single fact, my husband gave me detailed instructions for the complete publication of his posthumous work.

For Romanian Writing, as critics often underlined, Sorescu's existence and masterpieces have an enormous signifiance; he melts by means of an extemely original style, previous sources of spiritual evolution. He had the chance, due to the mark of his talent to be easily translatable and also to bear the stamp of Romanian Spirituality, thus becoming a wellknown and distinguished figure in universal literature.

I don't know whether I will have enough strength to bring all his wishes to reality during my own life and to carryout all those tasks I was assigned when my husband was getting ready for his sad departure.

However I managed to materialize one of his primordial wishes: to solve all the legal matters allowing us to create the "Foundation Marin Sorescu", meant to maintain the writer's memory alive.

The Foundation has such aims as the publication of his posthumous works, the new edition of his already published books in a series of "Complete Works" and the publication as well of new exegetic materials, some of them being in course of elaboration at present.

At the same time, the Foundation aims to promote the translation and spreading of his works so that they continue being known all over the world. Other activities of cultural promotion are also foreseen: calls for "Marin Sorescu Prizes" addressed to aknowledged poets and playwrights as well as the organization of literary circles on poetry in which prizes for talented debutant authors will be awarded.

The Foundation intends to organize Festivals and Sessions in collaboration with other cultural intitutions, in various Romanian cities and to promote the staging of Sorescu's dramas.

My husband's wish was that our whole estate should become part of the Foundation patrimony; therefore, this includes now our house in Bucharest, a flat in Craiova and a large villa in the poet's home-town, Bulzesti, in which he invested all his savings and which will soon turn into his Memorial House.

The Foundation will become - according to the poet'swill - a cultural focus with a national and hopefully international exposure. It would be a pleasure and a honour, both for me and the Foundation, to receive as members of it, all those people who consider themselves spiritual friends of Marin Sorescu, or who understood his genius and wish to preserve his memory.

If you are willing to fraternize in posterity with the one who was and still is a great poet and an original and complex writer, and you would accept to become a member of the "Foundation Marin Sorescu" and a sharer of his generous initiatives, the poet's spirit and memory would feel, through my person, extremely grateful.

Send Me a Message